I was waiting for a long time to paint wild lanscapes… One week in Patagonia filled my brain with so many marvels i want to share… After a serie of gouache sketches, i take my oil paints at home. Here is the first oil painting in the Patagonian serie (which is also the first in chronological order of my trip there). My base camp was in the only city near the Torres del Paine National Park where I went trekking…

The city is situated along the Almirante Montt Gulf. It is dominated by the cliff of Sierra Dorotea which shadow covers all the foreground.

A truck coming from Punta Arenas is about to get to Puerto Natales which buildings are still lit by the sun.

Across the gulf, you can see the snowy mountains of Antonio Varas peninsula.

Other articles in: Hugo's paintings 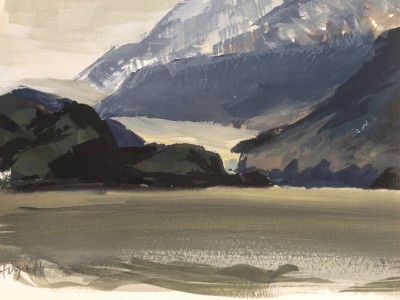 Here are some of my gouache paintings on paper about the National Park Torres del Paine in Chilean Patagonia. They […] 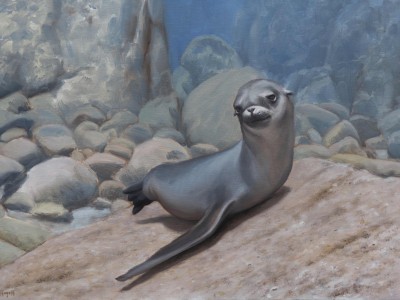 I love sea-lions. Who doesn’t ? Underwater, they swim with such a suppleness ! And they are cute. Especially the […] 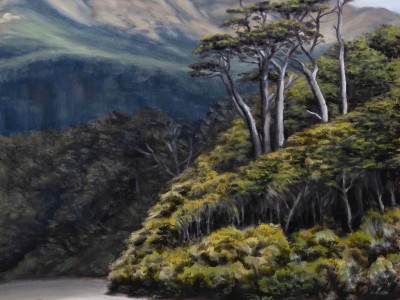 It’s a beautiful sunny spring day. Most amazing : there is no wind at all ! Perfect weather for a […] 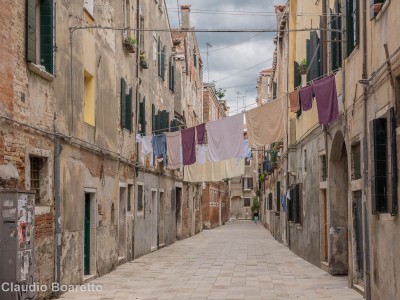 our life in venice (french)

our life in venice (french) 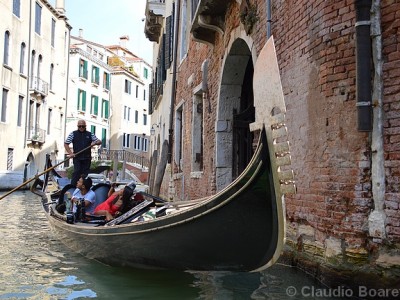 all our apartments for rent

all our apartments for rent 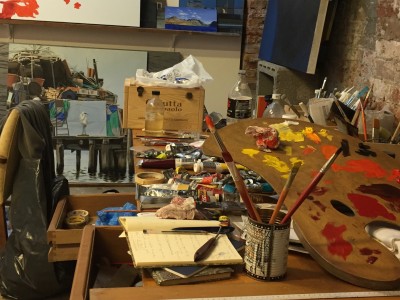